When You Check Engine light is shining like a beacon of bad news. What’s going on? WOBD2 tell you how to figure it out on your own, and easy to set up

You’re tooling down the road; it’s a beautiful, sunny summer day, and to top it off, your car is running absolutely perfectly.

Perfectly, except for that Check Engine light shining like a beacon of bad news. What’s going on? The car still runs well and idles fine. Maybe it’s an electrical snafu. It’s sure to turn itself off at some point, right? Which it does. And then it comes back, sort of at random. Now it’s time to pass the state emissions inspection to renew your plates, and your car ain’t gonna pass with that light on.

In 1996 the EPA mandated that the computer interface for all vehicles sold in the United States meet a common standard. This meant that aftermarket repair shops didn’t have to buy a half-dozen different $2000-plus scan tools, one for each brand of car they wanted to work on.

The standard is called OBD II (On-Board Diagnostics, version II). The fuel injection, ignition system and automatic transmission on most modern fuel-injected cars and trucks are run by one or more computers. These monitor sensors that collect data from the engine and other systems all over the car. The computers send commands to the fuel injectors and ignition coils to fire the cylinders. They use the data to fine-tune the combustion process with the correct amount of gasoline and the correct ignition timing to provide efficient, clean combustion for good power, economy and low pollution. There are dozens of sensors, measuring such things as throttle opening, engine rpm, air and coolant temperature, crankshaft and camshaft position, and road speed.

It’s a sophisticated, high-speed system with a lot of self-checks to keep your car running as intended for a long, long time. Tuneups are kind of outdated these days because this computer system self-corrects the fuel mixture and ignition at every crankshaft revolution. This is much better than it was decades ago, when you’d take the family bus down to the garage for that annual tuneup.

Sounds great, right? And it is–until there’s a malfunction. Often, your first indication of anything awry in the engine room is that Check Engine light on the dash. The OBD II standard tags this light as the MIL (malfunction indicator lamp). When that light is on, it means that the PCM (powertrain control module) is seeing data from some sensor that, well, doesn’t compute–it’s far enough out of bounds that the PCM doesn’t know what to do. So the PCM guesses what should be a good number to substitute for the sensor’s erratic output and presses on, getting you home from work. It also illuminates the MIL so you’ll know something just isn’t right. In spite of this, your car should run surprisingly well, although you may notice a slight loss of power and increased fuel consumption.

There’s more. The PCM also stores a diagnostic “trouble code” so a service technician has some clue where to look for the problem. Scan tools, used to check these codes, were long the province of professional technicians because they were expensive and dedicated to one manufacturer’s vehicles–a scan tool for a VW, for example, wouldn’t work on a Chrysler. Scan tools are now inexpensive enough for car owners to buy. Prices vary from 20 bucks or so for a mindless code reader that only shows trouble codes, to maybe $400 for full-featured, upgradable machines with computer interfaces and multiple languages. Or, you may just be able to borrow a scanner from the auto parts store for an hour or two. 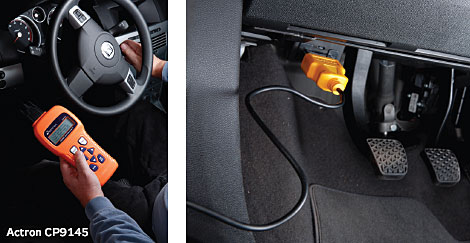 Plug your scan tool into the standard OBD II connector under the driver’s side dashboard. Turn the key and let the tool initialize, keying in any data it asks for, such as the VIN, make, model and engine type. Now you can read trouble codes, erase them, check to see if any readiness monitors aren’t complete and even look at engine data in real time while someone drives the car.

To get started, plug the scan tool into the OBD II connector under the dash. Turn the key on, but don’t start the engine. The tool will ask for a number of things such as the VIN, the make and model of the vehicle and the engine type. Follow the onscreen instructions.

You’ll get an option to check for trouble codes, as well as a couple of other menu choices. Some higher-end scan tools give you a text explanation of the code onscreen. Others give you a CD-ROM or just a paper pamphlet listing what the codes mean. Your best bet is to search the Web for a trouble-code list on a site that focuses on your particular vehicle–there will be information that might be far more helpful than just the code. When you read these codes, write them down before resetting the MIL indicator.

Inspection and maintenance (I/M) readiness will likely be another menu option. If you’ve turned off the MIL, your car needs to be driven until the PCM is sure that the fault has been corrected. How long? Every manufacturer has its own ideas, but a few days of normal driving should fulfill what are called I/M readiness tests. Why do you care? Because if you go to the DMV or an independent station for an inspection, the technician will plug in his own scan tool, and if your car hasn’t passed I/M readiness, there’ll be no sticker for you. I/M readi­ness is to keep people from sneaking a poorly running car through the emissions test by clearing codes just before pulling up to the DMV.

So far, an inexpensive code reader (less than $50) tells you all of this, and even lets you clear the codes and turn off the MIL light. Don’t confuse a simple code reader–which is sometimes labeled a scan tool–with a genuine scan tool. A code reader, however, might be enough to catch most simple problems.

THROUGH A SCANNER DARKLY

Another menu option on your scan tool is to view data–here’s the real functionality that can let you burrow down to the problem. You can page through the actual numbers the PCM is reading from the sensors. That allows you to check things like water and air temperature, oxygen-sensor function, engine load and rpm and a hundred other potential trouble areas. And you can do it in real time. There’s also a freeze-frame function to trap that data when something hiccups while out on the road. You know, that misfire that goes away only when the mechanic is test-driving the car? With data like the ignition timing and injector pulse width available at the instant of the hiccup, your mechanic–or you–can probably figure out what happened.

Pro-grade scan tools have graphic functions that let a technician watch several parameters onscreen while the engine is running. Consumer-grade machines generally don’t. But some higher-end ones, in the several-hundred-dollar range, have an interface for your laptop or even your desktop. No, you don’t have to move your computer to the front lawn or garage–the scan tool has enough memory and battery life to let you plug it in indoors with the car cable disconnected.

There are also interfaces and software that let you hook up your computer directly to the OBD II connector via USB, allow you to look at the data on the computer screen and even make a printout. This increased capability might be a big advantage, although you’ll spend nearly as much as you would for a dedicated scan tool–from $150 to $400. 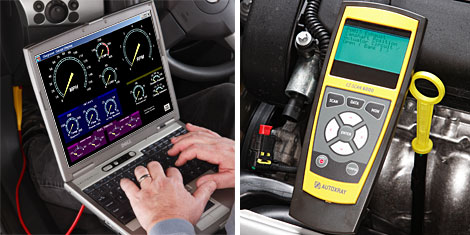 >
Did the scan tool identify a problem with some sensor such as the camshaft position sensor? Get out the multimeter and check the sensor’s output to see if it’s okay.
Code readers shouldn’t be confused with scan tools. They’re a less expensive and less capable diagnostic tool. But if all you need is codes, and to shut off the MIL light, they’re fine. 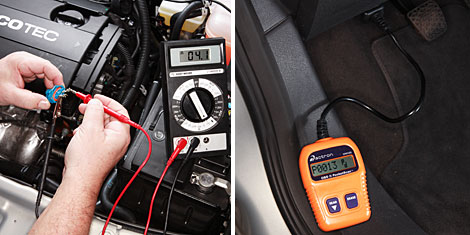 >
PC interfaces allow you to replicate a scan tool with your laptop or desktop. The big graphic display is a plus, but to us, the laptop is a little too fragile for everyday shop use.
More sophisticated scan tools such as this give you more data, a bigger screen, alternate languages and the ability to interface with a PC for enhanced capability. These tools can be upgraded over the Web with the latest firmware.
Your scan tool shows P0131, a general oxygen sensor code. No problem, you say, I’ll just pop in a new sensor, which should clear up the problem, as well as the P0301 misfire code obviously caused by the bad sensor. Well, $97 for an oxygen sensor and special sensor socket later, the malfunction indicator lamp is still on. The oxygen sensor code was caused by a wire harness to the sensor. The light stays off after you fix the wiring, until one particular stretch of bad road. The misfire detector in the powertrain control module looks for tiny spikes in the rotational speed of the crankshaft, caused by missing firing pulses. When one cylinder skips, the crank slows down for a millisecond or two. Driving the right speed over a washboard road has the same effect, slewing the crankshaft rotation around enough to make the PCM toss out trouble codes. And there’s the danger of diagnosing from a trouble code and throwing parts at a problem without understanding it. Modern engines and their onboard control systems are best repaired by someone who understands how the system is supposed to work in the first place. As always, for a lot of this kind of work, you’ll need a proper shop manual. 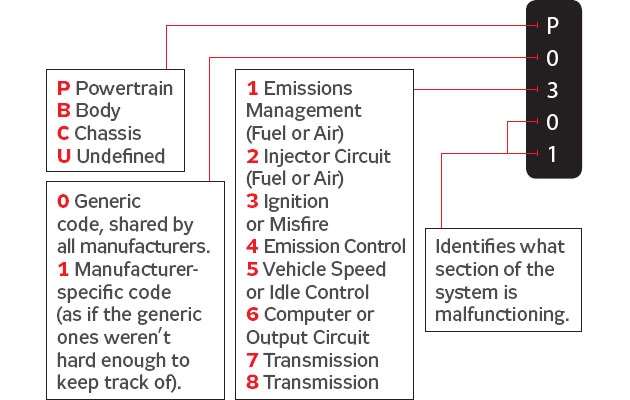 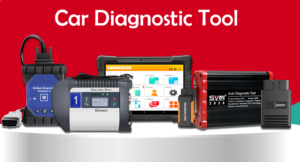