My Tech 2 clone finally got here. Took a few weeks to get it but it looks great so far. Now I just have to figure out how to use it properly lol. I was looking into scanners and most can’t read anything but engine codes. Did some research on some other forums and a bunch of people have had really good luck with these clones. 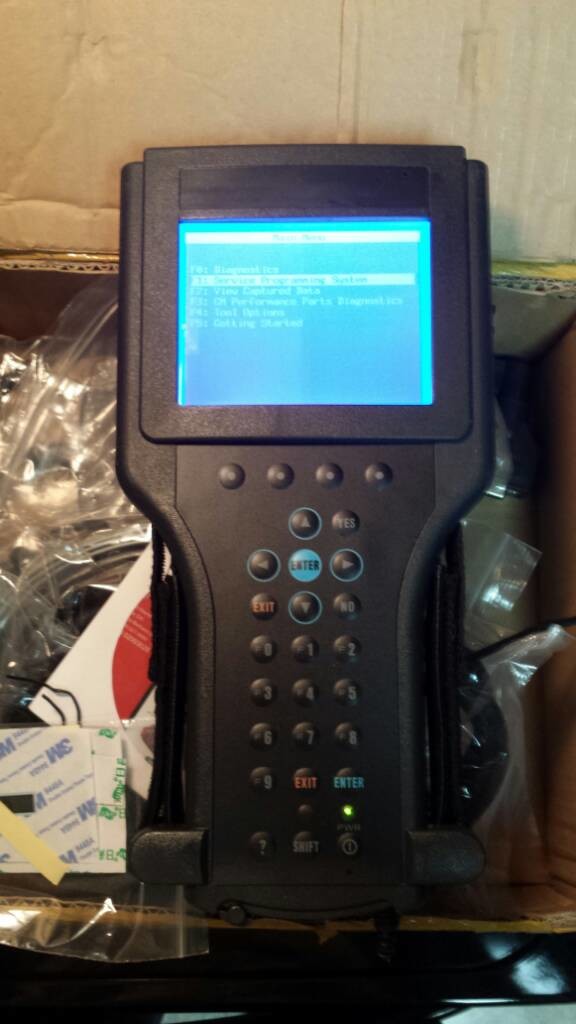 Comes with 2 cds, the tis2000 software and instructions. The tis2000 needs to be installed on my laptop which will allow me to monitor pids, data log, etc

Got a chance to try it out today on my wife’s Cadillac and my Hummer h3. She has been having an issue with her abs light coming on then going off. I suspected a wheel sensor but my blue tooth scanner wouldn’t pick it up. Hooked up the tech 2 and scanned the brake module for codes and I got c0050 for the right rear abs sensor. Also I did a check of all 28 modules in the car and pulled some misfire codes even no CEL was on. The cool thing is that it records the event so you can see exactly what was happening at the time the code occurred. For instance the c0050 shows me steering angle, speed, and a whole bunch of other things. The misfire codes shows me engine speed (rpm), ect, iat, spark, o2, maf, etc.

Overall, I am very impressed with the quality and capabilities.

I don’t see any reason why I won’t be able to program modules, etc. I will need to get the tis2000 software loaded up for that.

And I have something good I’ve good when searching for TIS programming:

You should pay for an ACDelco TDS subscription for vehicles above 2007 and you would use the CANDI module that comes with many of the Tech2’s for working with CAN bus vehicles. You can subscribe for as little as two days for $55.

This is ONLY needed if you want to program or update the software in a module.

The way programming works is you connect the Tech2 to the vehicle and tell it you want to program a module.

It interrogates all of the modules on the vehicle for the current versions and the VIN number.

You then connect it to the computer running TIS2000, GlobalTIS or TIS2WEB subscription and select programming in the computer.

It reads the Tech2 for the vehicle info and then presents you with a list of software for all of the modules and shows you which have updated software.

The best, most reliable and safest method:

To use a long enough serial cable (its uses 9 pin serial adapters with an ethernet cable to make the cable longer – so you can just use a longer network cable) and do pass-through programming. In that method the process is the same but you leave the Tech2 connected to both the computer and the vehicle at the same time. Once you select programming on the Tech2 then go to the computer and you can immediately update each module right from the computer.

There is a slightly more updated version of standalone TIS2000 floating around on the web which has additional updates that has software updates for vehicles through 2009 as well. I know just using that TIS2000 both GMC truck and 2003 H2 both had a bunch of software updates available to be programmed all of which fix small issues or improve certain aspects.

One example in on the older single compressor air ride like 2003. Those would run and make small adjustments a LOT more often than needed and the software update fixed that.

On the H2 the rear air ride is also one to be very careful of for doing software updates though. For example, 2003 came with the earlier style single compressor but if it were to fail a dealership would replace it with the newer style dual pump compressor. Programming would still think its the original style and would attempt to program it and that would actually cause it to fail. tis2000, (Global, Web, etc) will warn you about this sort of thing though so just heed all warnings and follow instructions and its fine.

The programming aspect is not needed or required to use the Tech2. The Tech2 still gives you a TON of diagnostics and tests that NO other OBD device has including things like the air ride module, detailed BCM functions, basically you can control and test every computer module in the vehicle.